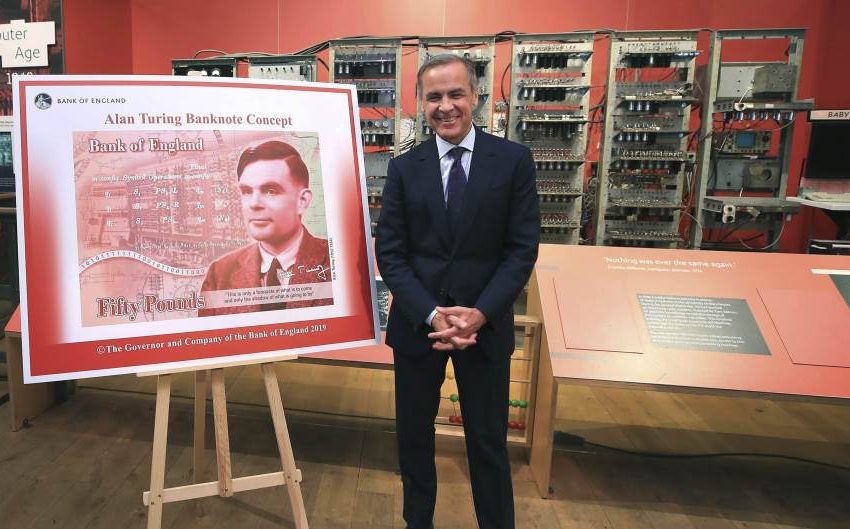 The Bank of England chose mathematician Alan Turing, who cracked Nazi codes in World War II, to be the new face of the 50 pound note.

Governor of the Bank of England Mark Carney said today that Turing was “a giant on whose shoulders so many now stand.”

Turing’s work in cracking Nazi’s communication code helped win the war, but after the war he was prosecuted for homosexuality, which was then illegal. He died in 1954 at age 42 after eating an apple laced with cyanide.

The U.K’s highest-denomination note is the last to be redesigned and switched from paper to more secure and durable polymer. The new 10 pound and 20 pound notes feature author Jane Austen and artist J.M.W. Turner.

The Turing banknote will enter circulation in 2021.