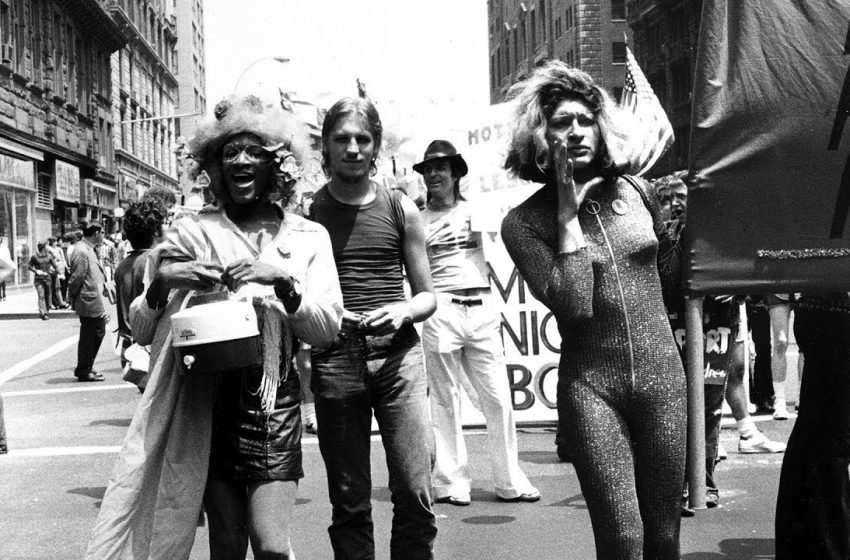 LGBT+ people have always existed. Literature and art are the first evidence of this. Even theology – since same-sex relationships are described in several sacred books of almost all major religions today. Some sacred books, such as the Talmud, testify to the existence of intersex and gender- people.

Homoeroticism of ancient Hellas, the Indian Hijra, the bardash of the old Maya, the emotional and sexual attachment of the older and more experienced samurais to the newcomers  known as the Nanshoku… Open the atlas of the world, put your finger on any point – whatever the land you’ve chosen, there are certainly records of LGBT+ people from a peculiar period of history.

But the LGBT+ movement is still quite young. So young, that it is not even a hundred years old, if we take for the birth moment of LGBT+ movement the Society for Human Rights, by Henry Gerber, the first gay organisation founded in 1924 in the United States. On this occasion let’s also mention the Harshfield Institute for Sexual Research (1919), when the first operation of gender adjustment was done, the communist gay association Matashima Society from 1950 by a left-wing activist Harry Hay, and Daughters of Bilitis, the first lesbian association founded five years later.

However, this was not a LGBT+ movement in the sense that we know it today. Although the historical significance of these associations cannot be disputed, a series of events in an unsightly New York pub will mark a milestone in the fight for LGBT+ rights.

Let’s try to summarise the events of the end of June 1969 in a few sentences. Gay bars in the sixties were the refuge for LGBT+ people and basically the only safe area where they could be what they really were. In 1966, alcohol beverages in gay bars were banned. Many did not obey this, so they were hiding it under the bar or in a separate room. Police raids were frequent, but many bars, including Stonewall, bribed police officers to report to them when the police officers would come in, in order to clean up the “crime scene” as fast as possible.

In June 1969, there was no notice in Stonewall drinkery. Over two hundred people were in the bar at that moment. The music went off and the arrest began. Female police officers were arresting trans women and drag queens, took them to  the toilet to “check” them and see if there was a basis for the punishment – since under the then laws of New York it was forbidden to wear completely the clothes of a so called “opposite” sex. At the point when they put cuffs on one woman and started pushing her to the police station – she called the audience – Why aren’t you doing anything? People present said that the revolution began just then.

The detainees ripped off the police, set off to hunt for the police cars to swing them. Some from the crowd were revolted by the fact that the police obviously had not taken its toll this time, and started shooting policemen with coins and cans of beer. First night, the policemen were surrounded and severely stamped, to the extent that the New York gendarmerie, so-called control of restlessness, had to intervene.

In the fight, two drag queens and trans women were particularly prominent. Sylvia Rivera, one of the pioneers of modern LGBT+ activism, drove a mass that lit the waste to chase away the police, while Marsha Johnson threw the first stone on the police cars, bumping into pieces. On the second evening, thousands of people gathered. In the following year a walk was held in memory of all the injured, arrested and unjustly beaten. It was the first Pride Parade. The first major, and today’s most significant LGBT+ organisations – GLAAD, Gay Liberation Front (today’s Human Rights Campaign), PFLAG…

Many say – Stonewall rebels represent the birth of LGBT+ movement. It would be really unfair to Harry Lee, Del Martin and Philippe Lyon, towards all the brave activists before the sixties.

After the Stonewall rebellion, the LGBT+ movement actually got off. The movement walked out of magazines, bars, small offices, out of the four walls. These were the battles that had reached millions of people, encouraging thousands to come out, in every possible way; to come out, say who they love, who they are, and not to hide it.

At that moment we really decided to become proud. Not because sexual orientation and gender identity are praiseworthy as such, but proud because we decided to reject the long-lasting shame and stigma that made us, and still does, go inside the four walls, far out of the public eye.

In the end, let’s go back to March and Sylvia. Let’s go back, because it should be pointed out that the revolution and the wave of the rebellion were led by two transsexuals, a doll performer, a daughter of Latin American migrants, forced into prostitution from a young age due to terrible poverty.

At the time when the new age of xenophobia and fascism spasms the entire world and unfortunately, not even the members of the LGBT community are immune, let’s not forget that those who were at the very margin of society started or outed the LGBT+ movement.

Stefan was born and raised in Belgrade. He is a graduate political scientist by profession, and for more than five years he has been engaged in public relations, marketing and social networks. He also enjoys writing, for which he has been awarded on several occasions. The first step in LGBT+ activism begins with Labris’ trainings on LGBT+ political leadership in 2014. He is now part of the organisation ‘Da Se Zna’, where he works as a media and public relations coordinator. 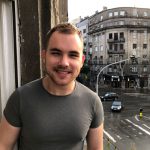