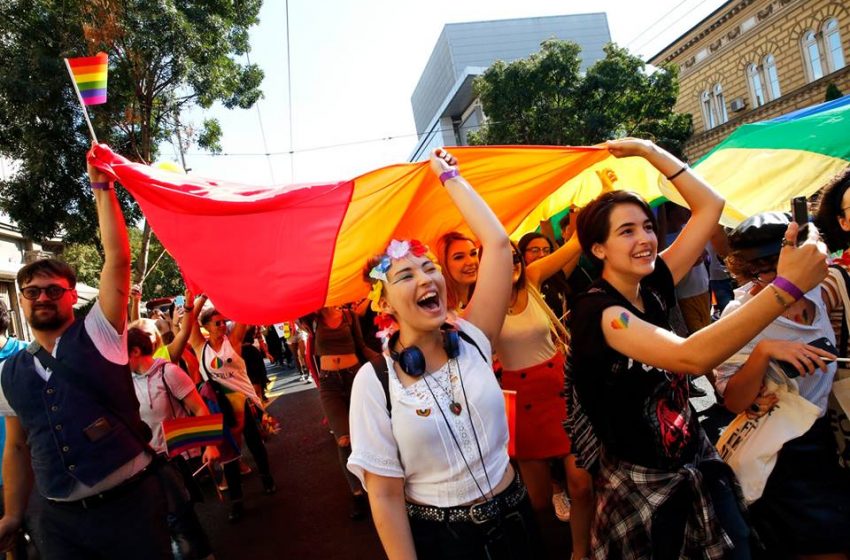 Belgrade’s 2019 “Pride Week” will run from September 9 to September 15 and will end with a walk and parade under the slogan “I’m not giving up,” organisers announced. Belgrade Pride representative Marko Mihailović announced at a press conference that the march on September 15 will start at 5 pm from Slavia Circle, and will end with a concert at Manjež Park. The parade route of this year’s parade will go along Kralja Milana Street, across Nikola Pasić Square, and the procession will go past the Parliament building, and along Kneza Miloša Street to the National Government building, and will end at Manjež Park. According to Mihajlović, Pride organizers do not make individual calls to officials, but expect Prime Minister Ana Brnabić to appear in the parade, as well as ministers dealing with LGBT rights. During Pride Week, which will precede Pride, there will be around 60 organised events, and one of the most important, according to the organisers, is the “Balkan Pride” exhibition, which will open on September 9 at Kulturni Centar Grad (KC Grad). The exhibition will showcase a collection of photographs from Pride held in Balkan cities. Gordana Perunović Fiat, one of the mothers who publicly supported their children who are part of the LGBT population as part of the “I don’t give up” campaign, emphasised that Pride was an important event to celebrate diversity. “I urge all LGBT parents, relatives, friends and schoolmates to celebrate diversity together and to make everyone happy, or at least a little less miserable,” said Fiat. A representative of the Youth Initiative for Human Rights, Ivan Đurić, points out that this year’s slogan, “I’m not giving up,” has a personal, but also political message. “We are not giving up on people or values. We are not giving up on freedom, we are not giving up on rights, we are not giving up on unity. We’re giving up on (literally, we renounce) homophobia and the fear it makes us live in ”, Đurić said. Spokeswoman for the organisation “Da Se Zna”, Dragoslava Barzut, reminded us that in 2018 she stressed the importance of the national Anti-Discrimination Strategy and emphasised the importance of enacting umbrella laws that should improve the position of the LGBT community. She emphasised the adoption of laws on the registration of same-sex communities and laws on gender identity as key, and expects the competent ministries to finally raise the issue. At today’s press conference in the Belgrade Parliament, it was also announced that Belgrade is one of five candidates to host the 2022 EuroPride. It is an annual event taking place in one of the European cities, and Belgrade as a host would receive recognition for its many years of struggle and promotion of the rights of the LGBT community, despite the violence they have been facing for decades.